It’s simple: the Wildfire series is a story written forwards.  A story about four teenagers growing up in the 1930s, in the beautiful south of Germany who, like all teen detectives, just happen to keep finding themselves embroiled in crimes that need solving. The fact that they live in Nazi Germany has, most of the time, very little to do with it.

It’s simple, but pretty much unique, because nobody ever writes fiction about Nazi Germany forwards; everybody always writes it backwards. The Unwritten Rule about writing about Nazi Germany is that you have to start at the end. That way, everyone stays nice and safe: the reader never gets a nasty shock and finds she or he has been getting involved with a character who ends up doing horrible things. Or else the reader only has herself to blame because she knew all along what that character was going to do. RULE #1: don’t sympathise with the baddies – baddies always come to a sticky end.

Of course, the Number One Rule in writing detective fiction is to make sure that your reader never knows what anyone has done. Otherwise, there’s no mystery.

So I’m breaking the Unwritten Rule, and RULE #1 in order to obey the Number One Rule. I’m telling the story forwards. Don’t say you weren’t forewarned: you might end up liking people who turn out to be baddies. In fact, I very much hope you do. Wildfire (as well as being a collection of crime novels) is a story about the rise and fall of the Third Reich seen through the eyes of people who didn’t necessarily know that the Nazis were going to turn out to be the baddies.

The three books in the trilogy are: 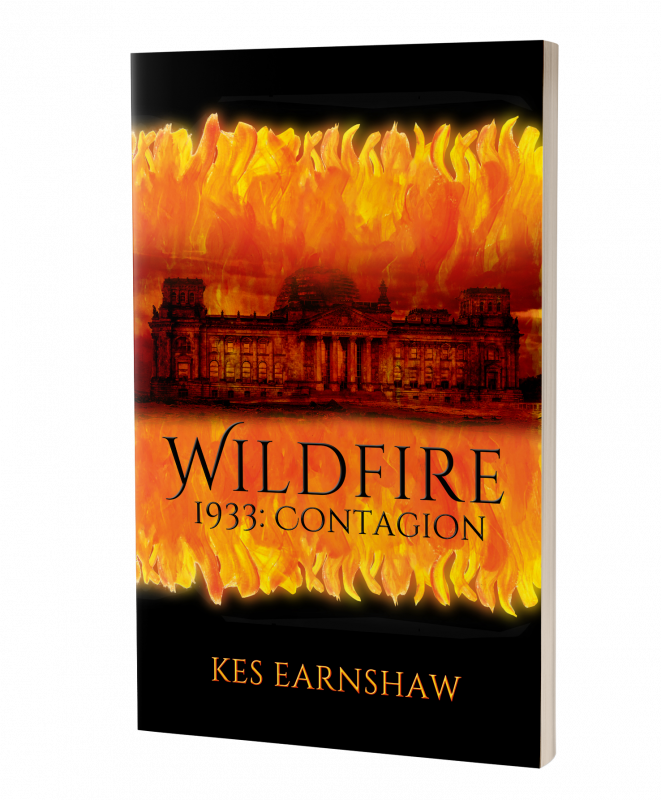